Please sign the call, so as to support the protests. Thank you!

What is the Security Conference?

Heads of state and government get together with representatives of the military, business, and the arms industry, mainly from NATO countries. They will be meeting in the Bayerischer Hof hotel – supposedly to make “a contribution to international security”. But in fact, it is about providing justifications for NATO, its arms spending, and its wars, which are sold to us as “humanitarian interventions”.

What kind of security should it be, then?

If everybody had enough to eat, a roof over their head, access to medical care, education, and a job for a living wage, that would be a real contribution to combating terrorism and the causes of masses of refugees. That would be possible. But social security, security for all of us, is not what the NATO strategists at the Security Conference are concerned about.

Instead, they want to secure by military strength the hegemony of the “West”, and of the capitalist economic system, based on exploitation. For this, they are increasing military spending, buying killer drones, and perfecting their arsenals of atomic weapons. Two thirds of the worldwide spending on arms of 1739 billion dollars in 2017 was by NATO and countries cooperating with it.

Kurdistan, Yemen, Mali, Afghanistan, Iraq, Syria…: the list of countries where NATO states are waging or assisting wars is long. They support regimes that guarantee them access to raw materials, and are willing to accept civil wars, such as in the Congo, for this. With their military interventions they safeguard the profits of multinational corporations, these corporations’ access to markets, and the “demand” for weapons. These wars destroy the vital necessities, and thus all social security, in the regions concerned, and kill hundreds of thousands of civilians.

We, the people of all nations, have no interests in such wars. If we join together, we have the power to prevent them. One hundred years ago, the refusal of Navy seamen in Kiel to sacrifice their lives for the Kaiser and capital, triggered the end of the First World War. Today, we refuse: we do not want a nuclear arms race, and we do not want any wars in our name. What we earn should not be spent on arms and the military, but on a better life – for everybody.

Instead of a military alliance that can only act in the context of military thinking, we need a global protest movement that forces the people who govern us to disarm, institute arms-control measures and fair trade policies, and adhere to the Charter of the United Nations.

That is why our protest is against NATO.

Their security is not our security.

What role does Germany play in this?

Germany is participating in current wars and preparations for war

The Federal government wants to double military spending by 2024 to over 80 billion euros. That would be 20% of the Federal budget. These billions should be spent on unemployment aid, affordable housing, or on education and health care.

Currently, the Bundeswehr is involved in 14 operations abroad. In addition, Germany is the hub of the criminal drone warfare of the USA.

Our Federal government is boycotting a ban on all atomic weapons

Two thirds of the member states of the UN have voted for a treaty banning atomic weapons. And 90% of the population of Germany are also in favor. But the Federal government wants to keep atom bombs stationed on German soil. It refuses to sign the treaty banning atomic weapons – even though a new nuclear arms race is looming: Donald Trump has announced that he wants to pull out of the INF treaty, which prohibits the development or possession of short-range and medium-range land-based missiles with nuclear warheads. Such a withdrawal would greatly increase the risk of a nuclear war.

German arms manufacturers earn billions from arms exports to regions in conflict. Turkey is waging war on its Kurdish population with German weaponry. Thus the Federal government, for the sake of its own economic and strategic interests, has become an accomplice of the Erdogan regime in the brutal oppression of the Kurds. Values such as human rights, democracy and equality are trampled underfoot.

A coalition led by Saudi Arabia is murdering in Yemen with German weapons, as well. Three out of four people there are now dependent on aid shipments, and millions are in danger of starvation.

Our campaign alliance is part of the worldwide movement for peace and justice. We oppose all military threats and wars of aggression, including by states outside the Western system of alliances. Our protest is directed primarily against the German government, which participates in wars of aggression in violation of international law in the framework of NATO. There will be no peaceful and just world of solidarity with NATO. But such a world is necessary and possible! Let us be active together for it.

Join us in the streets

Come to the demonstration
on Saturday, 16 February 2019
in Munich at 1 p.m. at the Stachus/Karlsplatz

Declaration of Support:
I /  We support this call as an individual / as an organization

Surname, given name / Name of organization
Place
Occupation or function (if relevant)
Signature 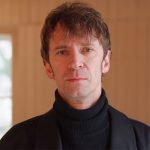 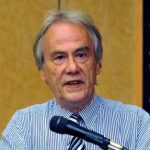 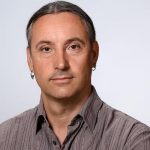